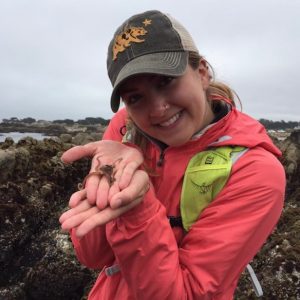 Erika Senyk is a Marine/Aquatic Scientist at Applied Marine Sciences (AMS) assisting in projects including water quality assessments and quantifying the impacts of marine plastics in local marine environments. She has over seven years of experience managing and performing field studies in both marine and freshwater ecosystems. She measured nutrient levels and performed water and soil quality assessments in urban and rural lakes, streams, rivers, and wetlands in Minnesota, as well as in coastal areas of the Monterey Bay region. Prior to her employment with AMS, Erika conducted a two-year study as a research technician for California State Parks, measuring the impact of a growing visitor population on marine birds and mammals at Point Lobos State Natural Reserve. She has extensively researched the environmental impacts of marine plastics, as well as current technological advances being used to mitigate the issue. Erika has experience in managing large databases for both local and remote projects, and she developed educational programs to inspire environmental stewardship in underserved communities in St. Paul, Minnesota, as well as in Monterey and Santa Cruz counties. Erika received a B.S. in Fisheries and Wildlife from the University of Minnesota Twin Cities and a M.S. in Applied Marine and Watershed Science from California State University Monterey Bay.